Did you try the Not In The Ballroom Quiz for July?  Twenty general knowledge questions set by Helen Fellows. Here are the answers: 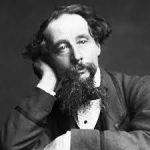 And this month’s winner is …..  Edwina McConville!  She scored an impressive 18 out of 20. (She couldn’t get numbers 2 and 17). Well done Edwina. There is no prize – just the satisfaction of being the July champion.

While the monthly socials at the Court House – ‘In The Ballroom’ – are suspended, Helen will produce a quiz at the beginning of each month for everyone to try at home for fun.